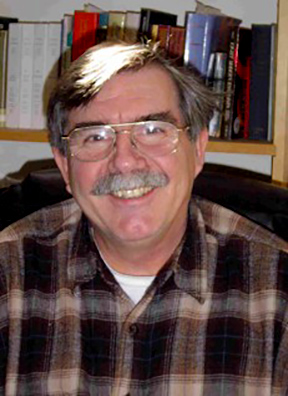 Rodger Martin’s new book, For All The Tea in Zhōngguó, 2019, follows The Battlefield Guide, (Hobblebush Books: 2010, 2013) and the selection of The Blue Moon Series, (Hobblebush Books: 2007) by Small Press Review which was one of its bi-monthly picks of the year. He is a New Hampshire State Council on the Arts in Education roster artist and also a touring artist for the New England States Touring Foundation administered by the New England Foundation for the Arts. He has also received an Appalachia award for poetry, a New Hampshire State Council on the Arts award for fiction, fellowships from The National Endowment for the Humanities to study T.S. Eliot and Thomas Hardy at Oxford University and John Milton at Duquesne University. His work has earned him a series of Kellner/Monadnock Fellowships and publication in literary journals and anthologies throughout the United States and China where he also wrote a series of essays on American poetry for The Yangtze River Journal.

In addition to his writing, he teaches journalism at Keene State College, advises The Equinox, the college’s award-winning student news organization, and has done artist-in-residency programs throughout New England.

Martin often collaborates with other artists. Judges selected his collaboration with artist Vicki Arico as a finalist for the Portsmouth (N.H.) “Voice and Vision” project.  Anthem Concatenus, a tribute to the submarine USS Albacore, now hangs in the Portsmouth Court House.  Another of Martin’s collaborative work with musicians, The Battlefield Guide, has been performed throughout New England.  He collaborated with the Nashua Symphony and Nashua High School writers as part of The Ripple Effect II which premiered in 2008.

He was managing editor of The Worcester Review for almost three decades. For six years he directed New Hampshire’s Poetry Foundation’s Poetry Out Loud Project. Currently he serves as an editor for Hobblebush Books’ Granite State Poetry Series.

2013 marked the completion of a decade long project with Dr. B. Eugene McCarthy to adapt all twelve books of the epic poem Paradise Lost for dramatic reading.  His critical work “The Colonization of Paradise: Milton’s Pandemonium and Montezuma’s Tenochtitlan” published in Comparative Literature Studies broke new ground in Milton studies.

He was born in the Amish country of Pennsylvania, lived in England as a child, and served as a combat engineer in Vietnam. 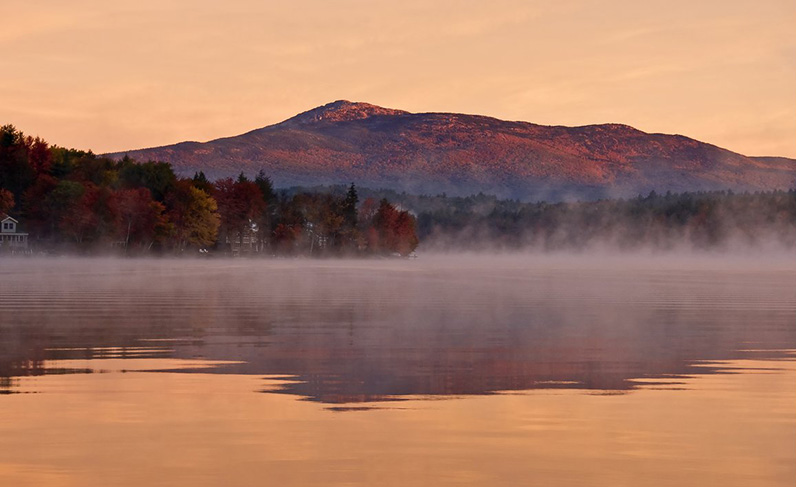 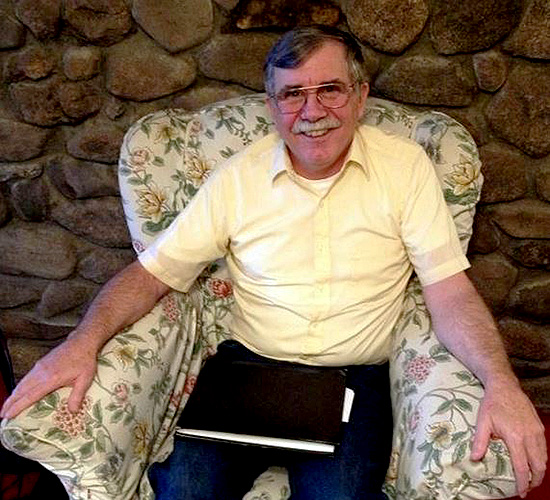 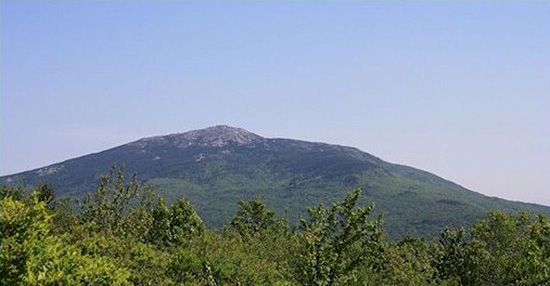 Along the Monadnock Watch

Moonglow casts deep down to the dark spine and flank of this ancient
whale of rock. And here beached along side, by the edge of a marsh
stream, like a salt, like a last almost Roman outpost, stands a well
guarding the pine and brush while mist unveils its ancient tapestry.
Soon a giant form thrashes itself clear of water;
a moose, rack erect, plods toward the well
and pauses. Steam rises from his back.
He slowly swivels, wattle winging like a bell
and sniffs up toward the granite peak
that once sheltered wolf until these
near-sighted, almost Latin tillers ringed the stone
with flame and burned the green to ash.
The moose listens as those night legends sing,
then ignores the granite blocks, returns to the water
and sloshes off toward great lodges of pine.

Later, as the moon guards its lower track,
the moose is nailed on Highway 12, four limbs
shattered by the chrome of another dreamer.
An officer kneels by its side, strokes its dark fur.
The moose breathes deep; each slow release
a soft cloud masking this top-ten hit.
All out of place here: the flash of red and blue,
low crackle of voice, square box of rescue truck.
But there on the mountain framed under stars,
a gray wolf floats up the shoe-worn rock
and turns to stare down at the tiny, colored strobes
gathered along the pencil line he cannot cross.
It sifts its head, then crouches low
and lifts his snout to heaven. The howl descends
into the ears of the valley. The moose awakens;
his clean, dark eyes meet the officer’s. Natives awaken
and listen to owl echo wolf echo loon. The bull
imagines his antlers rising from a cold lake
while lillies cascade from his rack and he bellows.
The officer points his pistol and brings the hammer down. 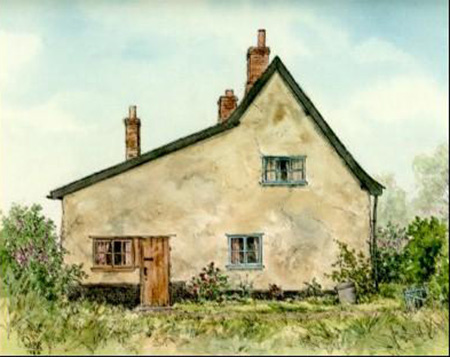 A child once dreamed his life complete
when he could sit like his grandfather,
in velvet robe, sipping cosied tea,
and gaze at mist spun in from the sea.
This early March that child’s daughter sleeps
And he sits hushed by velvet within
the smooth-grained polish of a captain’s chair.
Through greenhouse glass at dusts of snow he stares
and sips between the rising twists of steam his tea.
He listens to this gentle house where dream matures to prayer:
“Where from here Grandad? Then I was too young
to question beneath your calm. Then, enough
was to sense peace outlasted your children’s
consumed lungs and cancered breasts.
Then, you understood the orphan,
my brother’s ‘Dance on your grave’ scream.
He knew only the triangle– earth, anger, and pain.
Later, in your garden centered by scent,
your dirt, under your thatch, I learned what survival meant.
And now my age sifts itself to a nuzzle of fur.
It seeps like leaves of tea that swell and steep
through clear, hot, liquid life infusing a soul with color.
I am your cup, bone-china thin but no rust,
no scald, no tremor will rim my thrust.”
“Then rise,” he said. “Measure your finest leaf
into silver spoon and best porcelin cup.
It’s time to prepare great-granddaughter tea.” 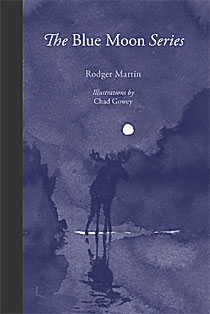 Across the valley a bright orange surge
rises like an orb of Eckleberg–
a carnal ball that paints the mountain’s face
and surveys the patriotic ash.  Its glow
gropes the icy slopes as if a virgin
breast while all about the naked base
Christmeisters, bellies jiggling coin, let holler,
“Give me your pennies; I’ve got your dollar.”
Finally, like a chastened child, the winter wind
sulks into background leaving the sky a-glisten
with diamonds.  Snow guns, shooting streams of white
up like fountains, salute in silence beneath
the mercury lamps for the lost children’s flight;
their crystal heath, they yearn for home at night.

Within the Academy of Rainbows, its courtyard
bounded by water sculpted stone,
a girl, silk soft, sits behind a silent table
set with five stenciled, porcelain cups.
Incense rises from an alembic at one side;
on the other, fine tea fills a small, carved teak scoop.
In the corner, a second girl plucks her guqin; its music
meanders as if through a mountain meadow
and returns to the girl in silk who sifts leaves from teak
into a bowl, then pours steaming water over them.
Time, like the vapor rising from the tea, disappears.

Forearm formal as a crane, she pours
from the lip of the bowl into a ceramic teapot,
music, soft as the incense, wafts with the steeping.
Then this homage to the crane pours again
from teapot spout into five cups.

If heaven watches from the clouds
and the earth listening, stretches below,
the red-crowned crane who both walks the earth
and flies with heaven has gifted this center,
this middle, this rainbow bridge,
to man, water, and tea. 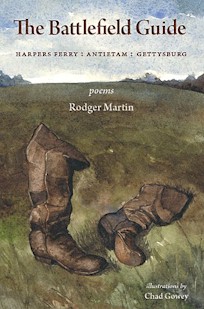 Its striated slate foundations squeeze themselves flat
like pages of a national Bible ­- the book,
layer upon layer locked in shale stacked from shoal
to ridge top, is the story of ourselves lit by the fire
of gas lamps and determined by the push of the waters,
as much needed, to tame a continent, as desire.

from The Battlefield Guide 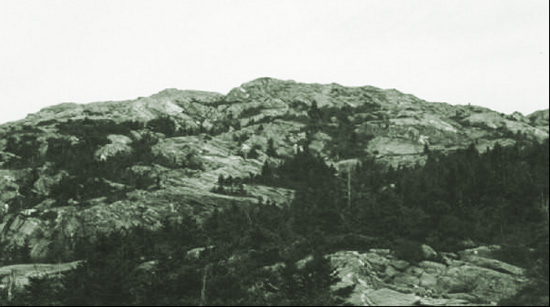