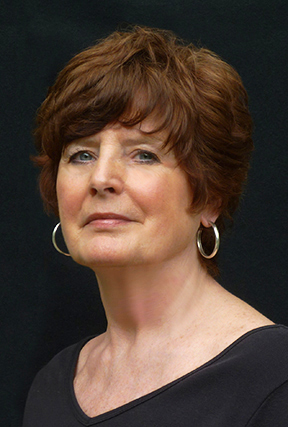 Pam received her MFA from Warren Wilson College Graduate Program for Writers, and a BA from Harvard University in History of Art. Pam is an adjunct professor at New Hampshire Institute of Art, Manchester and Franklin Pierce University. She has been awarded fellowships from the National Endowment for the Arts, two Massachusetts Cultural Council Fellowships, and the MacDowell Colony. She has also won The Grolier Prize and the Pablo Neruda Prize. As well as teaching writing in the university setting, Pam teaches personal narrative privately in her home.

Among the many journals in which Pam’s poems have appeared are TriQuarterly, Spoon River Review, Prairie Schooner, Salamander, Marlboro Review, Nimrod, Sojourner, and Cimarron Review. Additionally, she has published four books, of which three are collections of poetry—Blood Garden: An Elegy for Raymond, Turning Point; Across the Dark, Main Street Rag Press; and My Own Hundred Doors, Bright Hill Press. A verse novel entitled Esther, a novel in verse was published by CavanKerry Press in 2015. 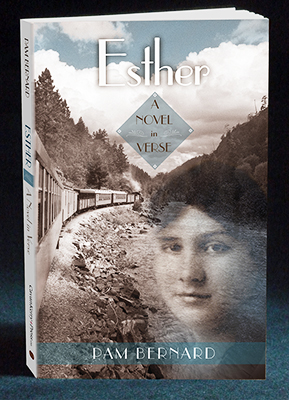 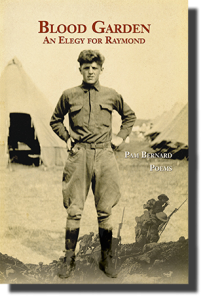 Click here to for more information about Esther, a novel in verse

Click here to go to Pam’s website
Or her book site Blood Garden An Elegy for Raymond
Or you could email Pam, by clicking here

From across the meadow her father
called into the darkening air.           Esther

She wanted to yell out, to tell someone,
but a quiet covered her mouth and kept her
still. As the last slender spine of daylight

stabbed through her hiding place, she
began to make her way home. The sky
bled black with crows, hundreds of them,
an argosy of wings banking the horizon.

Mother clamped the meat grinder, her
one-armed household god, to the table’s edge—
hash for supper, sweetcorn put up
last summer, lustered from the field.

All night
wind wrestled the honey locust.
When morning came the horse
ran loose in the peach orchard.

from Esther, a novel in verse, CavanKerry Press, 2015

It was what he perceived as failure
my father most despised—so that
no matter how hard my mother tried
she got it wrong—applying the left side,
he thought, too high.

She’d lean in closer to the mirror and attempt
two identical arches, pull back and lift
her chin, turning her head slightly side to side,
finish off the lower lip, blot, and let the tissue
float down into the basket,

then reach for the Pond’s
to remove the lipstick and begin again
until the skin around her mouth was pink—
and again, until she rubbed it raw
trying to get the sides to match.

That he was powerless to stanch the wound
was what fueled my father’s rage—seeing
what he could not otherwise know:
the rough country within her—her hand
following whatever contour it took.

THE ONE SURE THING

Mother prepared them every night,
mashed or boiled; they were
the quiet one on the plate,
the one sure thing.
Before supper, as she stood
at the sink to scrub and peel,
to watch wind sweep
the back meadow into cowlicks,
she filled our poor, lopsided
kitchen with something
urgent: the fragrance
of that small death in her hands.
I forgave her everything—
the broad column of her body
turned inward, toward
her task—as I leaned hungrily
against her leg, and she passed
down to me, a wedge, raw
and beaded with milk.

Many horses arrive by ship. Slings
around their bellies, they are hoisted by crane
from the deep, airless hold where, in terror,
they have been stowed, then swung high
above the deck to the cobbled quay below.

Those that survive passage serve as
mounts for cavalry divisions, draught animals
for regimental and artillery transport.
They pull limbers, caissons of explosives,
lorries leaden with supplies.

Unprotected targets, they are often
the first to be hit. Their moaning
is worse than a human’s to hear, bringing
men to tears of rage and helplessness.
Their bloated, rotting bodies clog
roads and supply routes, sometimes
with gas masks, fitted like absurd
feed bags, still strapped on.

Over three million horses were mobilized
in 1914. By war’s end
eight million will have perished.

excerpted from Blood Garden:  An Elegy for Raymond, WordTech, 2010

Grape hyacinth and milk vetch tumble down
into this valley between steep limestone hills,
where once, before the Romans honed their oratory,

and before them the Greeks brought trade with the east,
the Gauls fought naked, embalming in cedar oil
the heads of their most distinguished enemies.

Stunned to silence so far from home, we each
wander alone among the ruins, dryness
and heat rendering us weak and speechless.

The smallest thing requires time to absorb—
a reckless chip of marble, a dragonfly
lighting on a fluted Corinthian column.

The whirring of crickets surrounds me
as I roam off the stone-laid path,
the satisfying crunch of rubble underfoot,

and on the south slope I find a swallow-hole
above the spring where in the healing waters
a god lives. Pilgrims traveled here
to wash and purify themselves.

From the spring I can see your sudden
discomfort, as you ply the perimeter
of the House of Attae, its Tuscan peristyle,
your footfall far below me a softer sound.

You sit on a rain basin to unlace your shoe
and shake a pebble loose. It falls in silence
back to the once-whole, back to a past

held firm among the vestiges of ramparts,
the grand triumphal arch.

How like those ruins we are—always
on their way toward this baffling absence, more alive
in their incompleteness than when they thrived,

and no one to know them as we do this day—
as we do each other—your look of relief
as you smile up at me
in that incomprehensible light.

Before it happened, that November evening had come down as the assault we knew to fear. Buildings sunk deeper into our Sea of Reeds, our Bitter Lakes. All that was beyond us turned wilderness, and we gripped more tightly what we carried. Graffiti held its breath in the blinded alleyway, the blackened underpass. In such ways we knew darkness.

At five o’clock I stood for a moment on York between 81st and 82nd before entering The Gordian Knot, where the bartender, I’d heard, had a sublet near Gracie Mansion. I was embarrassed to be alone, but felt a measure of confidence too in my Pendleton walking suit.

In my memory the suit stands sleek and tailored on the avenue. A flick of light auburn hair comes also into view. Nothing else. I worried my way through the thick oak doors and to the bar, excusing myself as other nine-to-fivers rushed in to secure a stool. House lights were doused and candles lit so that the shades each of us became after our workday were flung onto the wall. I calmed myself by finding which one I was among the throng that danced in archaic wavering light.

Conversations began to build, and soon a low rumble filled the smoky room. Then a young man holding a beer turned toward the large window facing the street and alarm filled his raised voice. What is that? he asked no one in particular. And we all turned. Something was off—

Among the vastness of moments of my life extinguished before I was conscious of having lived them, this I recall most clearly, though like a film, where the scene cuts to a different location, different hour, but only after, in the car driving home, do you realize how the story shifted, how each thing came into focus after that, but you know you’ll never know why.

It was 1965. There was nothing else to think. If what darkened the city had been what most hunted us, we would have gone just like this.

Instead, all of us tumbled out into the odd night and stood looking down the gentle slope of the avenue, a moving continuum of white and red lights hugging the pavement. All else was dark, except a crosstown bus, now a queer-looking lighted box, that pulled to the curb, emptied and filled again. Someone with a flashlight stood at the intersection and directed traffic with such grace it was as if he’d done it his whole life.

I looked at the person next to me, a young woman who had shoved her way to a barstool and laughed loudly with pleasure at her victory. Her face glowed softly now in silhouette, the light tracing her jaw delicate and precise.

We’d learn later that babies were delivered by strangers in packed elevators all over the city, and in stagnant subway cars lit only by cigarette lighters—women giving up their velvet coats for swaddling, men their neatly pressed handkerchiefs, peeking out from their breast pockets, waiting for such a moment as this to be needed. 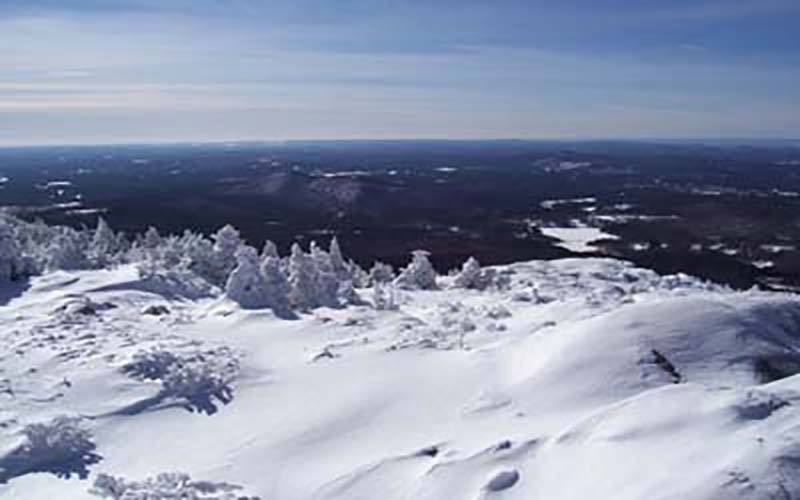