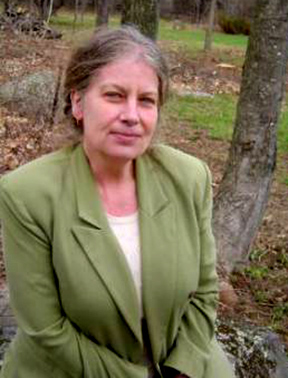 Susan earned an MA in Education in 1989 from Anna Maria College in Paxton, Mass., and an MFA in Poetry from Warren Wilson College in Swannanoah, N.C., where she studied with Eleanor Wilner, Robert Wrigley, Ira Sadof, Edward Hirsch, and Ellen Bryant Voigt. She attended The Frost Place on four occasions and was a resident at Dorset House in Vermont. She has been giving poetry readings for many years, and worked as a poet-in-the-schools and storyteller for ten years before becoming a middle school teacher. She curates a Princeton, Mass., reading series at The Thirsty Lab, and has received MCC grants to bring poets to her community. She was an editor for The Worcester Review and works with young writers to publish their books. She is a member of 4X4, a group of poets and visual artists who respond to each other’s art through their specific disciplines, organize shows and readings and give workshops in the Worcester area. Susan won first place in the Worcester County Poetry Association contest when Mary Oliver judged and was chosen Poet-of-the-Year by The New England Association of Teachers of English. Her work has appeared in The Beloit Poetry Journal, Prairie Schooner, Diner, Ekphrasis and many other literary magazines. Her book, Farmwife, won the William and Kingman Poetry Book Award in 2000. Earth, a joint venture with photographer Bruce Dean, was published in 2011. Legacy of the Last World will be published by Word Tech under their “Word Press” imprint, in March 2016. 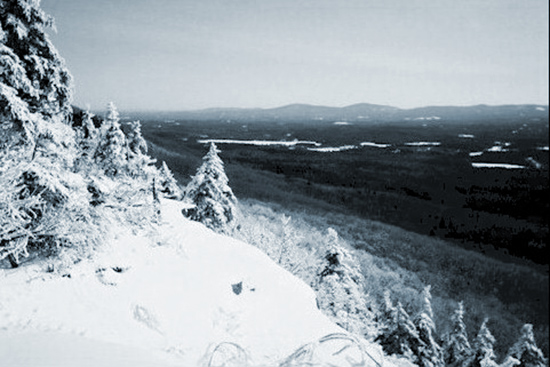 “Christmas Eve”
for Joe and Donna

Setting posts this past spring, each twist of the drill
etching rock with a metal star, I thought:
this place is finally home;
Christmas, I’ll take the children to the barn —

I was told once the animals will speak
but so very slow each syllable joins the next
and all sound becomes a steady breathing. I was told
that in the place of a breath, a lamb
could praise all creatures above and below his knowing,
and that the speech of beasts is like no other:
the tones so high, so sweet.

But on that midnight, Fm driving a back road.
I pull to the side, stop the motor,
roll down the window,
my breathing quiets. Out of silence
an owl lifts from the dense wood,
his body a shadow:
the slow hoo, hoohoo, hoo, hoo on one note
fluent as a child’s deep breath in wordless sleep.

From the hall I watched him shatter the orange dishes
my mother thought unbreakable–
slamming them against gray tile
as she crouched, denying milkman, mailman,
all who came to the house while he was at work,
who heard quick breaths between her words,
appraised her body.

Each night
I set the table and when it was time
we all sat down for him to lead us in grace,
careful to keep our elbows off the cloth,
careful to eat everything so he wouldn’t say
how ungrateful we were for the food on our plates
and then, with his leather belt, teach us manners.
But when he smashed those dishes I ran.

It was still light so it must have been spring,
yes, May, because I crawled through wands
supple as whips but studded with blossoms
to get inside the forsythia cave.
I looked as hard as I could:
each stem was a tight green throat,
each mouth tongueless gold entered by bees
whose furry bodies spun back out
dusted with pollen, carrying nectar
in pouches on their spindly legs,
and watching them
I almost forgot the sounds inside the house
until my mother slammed the windows down
and my ears filled with buzzing.
Huddled in the damp earth beneath forsythia,
straining for silence, I watched night
billow up from the dirt, sapping the flowers.
When the crashes stopped,
she called for me; Come in. Come in. 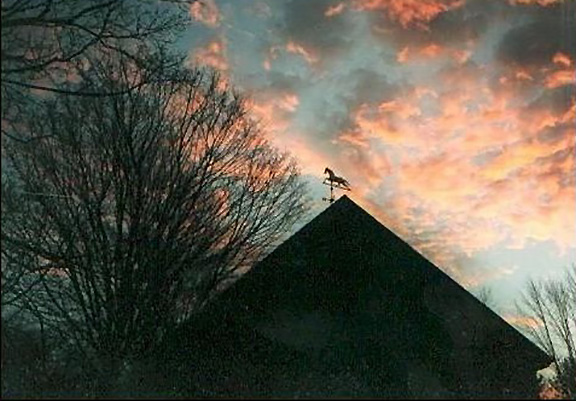 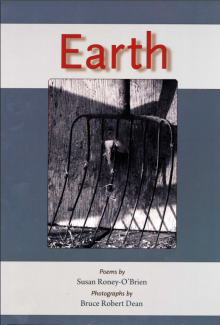 The dun-colored doe crosses the road
leaping between snow tatters. At the Citgo Station,
the boy in jeans and a tee shirt fills the tank.
Overhead a pair of geese deliberates as they fly north
and the boy glances up, says “welcome home,” as though
the birds can hear him, as though those words resonate
in small dark rooms where old women wait for just
such a young man, for geese to return, for winter’s end, for
what happens now and what happened
long ago to go on, to leap up
like their young girl hearts
when a deer outside the window,
light striking her snow tail,
disappears into the forest.