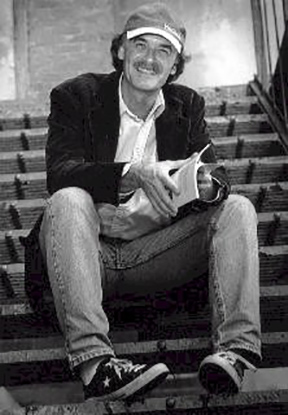 Married, two daughters.  Visiting Assistant Professor of English, Assumption College, Worcester, MA.  Author of Grace, winner of the 2005 AWP Donald Hall Prize in Poetry, (University of Pittsburgh Press, 2006).  Author of In My Father’s House, winner of the 1993 Bluestem Award from Emporia State University in Kansas, and Bread Without Sorrow (2001) from Lynx House Press, Spokane, WA, winner of the Balcones Poetry Prize (2002).  Winner of the 2005 Ruth Stone Poetry Prize from Hunger Mountain (Vermont College), the 2005 Foley Poetry Prize from America Magazine, and the first place 2006 Press Award for Best Original Poetry from the Catholic Press Association.  Grace has been named a Finalist for the Boston Authors Club 2007 Julia Ward Howe Book Prize, and as a Finalist for the 2007 Paterson Poetry Prize.  Winner of the 2008 Chad Walsh Prize in Poetry from Beloit Poetry Review.  Next book of poems forthcoming in the fall of 2010 from University of Pittsburgh Press.  Upcoming poems in Poetry, Slate, Ploughshares, and Beloit Poetry Review.

Monadnock from the North. Photo by Rodger Martin

Is Jesus Unemployed?
—sign outside a church in Gilbertville, Massachusetts

Just to see Him, you understand.
Maybe to ask Him where He’s been all these years.

And if He were down on His luck, out on His ear,
on the road again, where crows sit on signs saying God is
Good.
where semis go by hauling for Jesus and
shaking the air, maybe I’d go outside,
walk with Him for a spell,
the way my father said he would
before I told him he could go to hell,
before he up and died.

He lay with his face on a boiler room floor
four hours before anyone found him, heart attack,
his sweat run off like children, his shirt unbuttoned, alas,
one hand curled before him like a cup, his back
polioed like a question mark, a giant ear, or
Samson’s scattered jawbone of an ass.

I wouldn’t want to stop Him, you understand.
You can’t stop the Jesus. No one can do that.
Just to know if He’d seen my father, shook his hand,
if they’d walked for awhile, like Laurel and Hardy, bowler
hats,
sons of the desert, another fine mess. I could live with that.

For Mr. Grimes Who Tried To Teach
Me Physics After My Father Died

He spoke of ellipses,
of things coming round again.
He spoke of resistance,
of the forces that act upon us.
He spoke of gravity,
of the earth that draws us to itself.

He said the mass of the earth,
the changes of state.
He said that a body at rest
would remain at rest.
He said that a boy
standing at the end of a moving train
could toss the red ball of his life
up into the heavy air
and catch it again.

Poetics (relating to For Mr. Grimes…..)

I began as a poet in the unconscious moments after my father’s death when I was fifteen The helplessness I felt as my brothers and I were called over the P.A. at school to go to the office, the certainty of a family tragedy but the utter inability to say one word in response began to collect and build toward a response weathered through time. I went away – away to an uncle’s for a time and remember walking alone sorting out the fragments of a life but knowing no way to say what was occuring. I remember my rage at another uncle handing out religious pamphlets at the funeral, and, again, the inability to cry out in any kind of language the feelings I was enduring. Later, when I returned to school I was drawn to the poetry of Robert Frost, had always felt an affinity for stories etc., but now feeling more impressed with the ability of someone to speak of common experience accurately and with an integrity of language that was appealing in its precision and memorability. There was something there to be admired, something comforting that words could exist and could be artfully arranged to represent something lasting, the way the letters on a gravestone had the necessary arrangement but also held the import of someone’s life, how their being carved into stones came to mean something far more significant than their shapes and configuration.

The first real poem for me was written long after my father’s death yet it was in some ways the first pure response to that death as the determining event in my own life. The poem, then, can be said to have taken ten years to write, although its actual composition came quite readily and without any revision whatsoever. It came the way some poets speak of their very best work, as “a gift.” The poem, “For Mr. Grimes Who Tried To Teach Me Physics After My Father Died,” was obviously an appreciation for the efforts of that teacher and came about only after I had become both a father and a teacher as well. Only then was I able to achieve a clear enough stance to appreciate what my father was and what this teacher had done. For me there had to be that long period of growth and the reaching of some kind of position in life to afford me the opportunity to then look back at my former self as something clearly different. So, to achieve the proper position from which to create the poem took all that time. The poem itself is certainly simple. Its construction took very little time, a long pregnancy, a quick delivery, if you must. The poem’s strategy relies on some resonant language, some words that rest easily in the temples of both physics and death, words and recognizable laws or statements that had been proven over time, theorems that had been tested to be true (“a body at rest will remain at rest” worked so clearly for me that I was amazed that the line hadn’t leaped into my consciousness when I was young and poring over my physics), and that lead me to search for other resonances in such words as “ellipses,” “resistance,” “gravity,” and “mass.” From there it was a short leap to the standard physics homework question about the moving train and the boy on the end of the caboose tossing a ball up into the air – where would the ball come down, etc., with the train moving at a certain speed and the wind going in a certain direction, etc. It was always easy for me to imagine the life behind those problems, wondering about the boy’s reasons for being on the train, etc., and it was easy to assume his position, his perspective. The beauty came unbidden perhaps, but earned in a way, as I realized how Mr. Grimes had not just been trying to teach me physics, but had been trying to piece me back together as well. My life had been that tossed ball and only when I found myself as teacher and father did I begin to realize the art in both vocations, the healing they afforded. Catching the ball was tantamount to finding myself, coming to grips with who I had become. The poem fell into place as easily and as certainly as the ball returning to my hand.

As for who and what have helped by growth, there have certainly been teachers and other writers who have offered encouragement and inspiration. Some of the strongest help comes from a workshop group I’ve belonged to for ten years. The criticism and mutual respect (and the ever-present deadlines) have kept the impetus for writing intact. There are other influences, including part time work reviewing poetry books and full time work teaching literature, that keep poetry in front of me each day. There are writers one feels an affinity for and every magazine or journal that comes along contains the promise of someone’s new work to learn from. Getting published helps immeasurably as well. Learning to work at getting submissions out and sending the manuscript around is meaningful and occasionally rewarding. One can feel validated during the low times by reflecting on the successes along the way, and knowing that someone somewhere felt the submitted work was distinctive in some way.

“…verses amount to so little when one writes them
young. One ought to wait and gather sense and
sweetness a whole life long, and a long life if possible,
and then, quite at the end, one might perhaps be
able to write ten lines that were good.”

-The Notebooks of Malte Laurids Brigge

Poems, mine at least, are admissions of impatience and inability to gather that sense and sweetness without occasionally attempting to write one of those lines. I love the holiness of that insight, the sense that one would have to do so much living before even dreaming of writing ten lines, and even then there would be no guarantee. Poetry should be that daunting, that formidable a goal or calling. So much that is written now falls short of that vision.

This photograph was taken on north Main Street in Rindge, NH on November 15, 2012 at 4:39pm. The sunset on Mount Mondanock was quite intense. A Photoshop plug-in called Fractalius was used to create a unique look to the image. The camera was set to 1/40 of a second at F/3.2 with the ISO equal to 800. The lens used was a Nikon 24-70mm zoom set to 70mm. The camera used was a NIKON D800 digital camera.