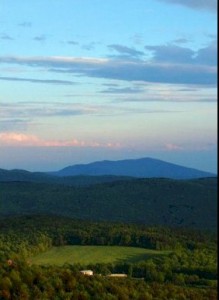 Adelle Leiblein works as a poet, artist and teacher and in recent years does much of this work at her studio in Nashua, New Hampshire, Writing/ARTS Studio Gallery.  In addition to the classes and workshops offered there, she teaches at the DeCordova Museum School, The Worcester Art Museum, and through private tutorials. While living in Colorado (2000), she received an Individual Artist Fellowship in Poetry from the Colorado State Arts Council.  Her writing has been published in numerous literary magazines and anthologized in collections in China, & the U.K.  Adelle is a founding member of Every Other Thursday, one of the longest running poets’ workshops in the U.S. and River Rising Poets in NH.  She holds a Master’s Degree from Boston University’s Creative Writing Program and has held a residency at The Wurlitzer Foundation in Taos, New Mexico.  She lives with her husband in Nashua, NH where she is on the board of City Arts Nashua, a non-profit, dedicated to promoting artists, the arts, and audience development in Southern New Hampshire.

Of her poem, Adelle writes:

Writing Calling to the Soul of My Unborn Child depicts a series of acts of self preservation. It voices my recognition that I’d taken on some almost ritualistic behaviors in trying to cope with my (our) inability to bring a child into the world. I think of the poem as an incantation or a spell, others have called this poem a prayer.  My intention in writing the poem was much the same…it was a cry of the heart.  When I say it was a recognition, I mean that the actions of the poem, the calling, the yearning, were actual, and the pulling it all together in a whole single iteration was what brought it into cohesion, into its highest form — a poem — at least into the highest form I could make.  Ancient sages have said for millenia that our children pre-exist their birth, and that we must call them into this world.  Another way of looking at it is the idea that we pick our parents.  This can be a very scary thought for anyone who’s ever been in therapy!  This poem looks at it from the would-be parents’ perspective, hoping to articulate the most sincere desire to welcome a child. Faced with a problem a poet writes a poem. Can I get an AMEN, somebody?

Calling to the Soul of My Unborn Child

I began it when the reign of our flesh
failed to bring us a child,
after years of my body emptying itself
over and over, the way the sky goes colorless
after the biggest storm of the year, a huge blank eye,
after I had learned how the needle swings, the dark bowel gurgles,
how the body sings a litany of curious cravings.
I began it when all my female parts clamped down
in sweat, and pleasure, and joy,
and no child came of it.

I take a book down off a shelf, I put it back again.
Waking from sleep I half-hear a fragment of my husband’s mumble
as he drops off, “…love you,”
confirming in two words more than I deserve.
I do it when I’m alone in our house and say,
“When my child is my age it will be nineteen hundred and …”
knowing I must now rephrase.
I do it when I dream my lover a dowser,
and myself a silver strand just below the surface.
I do it when I wear black on black,
matching mode to mood, strong with power and resolve,
dark as the deepest soil, coal about to be diamond.

Once before lovemaking, I filled our room with lit candles,
laid out heaps of marigold petals and rice,
small plates of milk around the bed,
attar of roses on the pillows.
In the meantime, sweet husband asked,
“Would it help if I believed?” —-an offering
in the face of all this daunting, amalgamated hope.
I couldn’t bear to say no or yes.

I will do it knowing as I do
that wanting one man is dangerous, wondering
if wanting more than one is inevitable,
knowing that I am not the old dry wife,
but a sweet plowed acre…
I will do it because I know the discrepancy
between what we want and what we have.
I will do it in a hundred different guises,
more because of hope than of habit.

I will do it until I’m talked-out, wordless,
’til my child will hear me and move through that scrim
between this world and elsewhere,
until conditions of the universe are harmonious
and the child will come in me, and slip into her skin,
come in nakedness, breathing, rosey, and whole,
come to share with us this life on earth.

The way the blossom breaks the air
reminds me of your voice
a blush in darkness,
white in the broad, black air —

those perfect curves, the fluting of its flesh,
pressing, spreading into evening —

and like the flower
the sound of your voice has no measure,
it is the sound I cannot remember,
the sound that defeats me. . .
the dream of a woman with her ear to a shell

and no measure to the bloom,
is it carmine, rose,
or call it red or rosy. . .
it is itself and I am lonely for it.

The curl, where it is pale or bright,
reminds me of how it escapes me,
how I can’t call it up,
can’t salvage the pleasure. . .

those petals
sing to me like no others
they are the explosion of my red desire,
the perfume drenching the last phrase you spoke.

from Witness and Wait

The House of Blue Tiles

One arrives at The House of Blue Tiles
planning to get somewhere else –
thus it arrests the traveler on her path
though, all the while, she may he thinking

of what enlivens her flesh, or depresses her pulse,
of work at home or neighborly chats, or of the man
at the grocery who pursed his lips as he picked-out fruit,
or the silver veining rain on the screens of the porch last night,
or of a small bruise on her thigh which doesn’t seem to heal.
Men know of The House of Blue Tiles, but from different views
and may help or hinder a woman on her way.

Still, one arrives alone. Perhaps leaving in groups
or when it gets crowded. Yes. Leaving The House of Blue Tiles.
But for a moment, petrified with astonishment,
one understands this temporary housing, this way
station, the soft clay of such respite, and rests.
Here the walls are built like dovetailed drawers.
The web of light outside, a trellis of hawthorne,
a mild guide to the house gleaming beneath.

One cannot be fetched to The House of Blue Tiles,
as one can barely recognize one’s own arrival.
Merely, (suddenly), one finds one’s self there –
and yes, one can be fetched away.

There is no license, no tax to The House of Blue Tiles,
and yet it costs something. It surely must.
Though there the body calls-out in thankfulness,
the heart aches gratitude one’s features glow with grace,
and the mouth in pleasure might blurt-out downright testimony.

And, yes, bring wine – wine and bread, though you will not need it –
possibly a cand le if you’re one to read just everywhere
and since what looks like landscape is often decoration
bring a map and surefooted dog, for company, for witness,
for the pure joy of another sentient being.

The House itself cares not for your details of dress –
nor whether you come bearing Shakespearian roses
or morning glories, or rare blue flowers:
columbine, clematis, larkspur, the rarer blue calendula…

The house cares not.
You may come lame or lithe, your breath sweet,
or your whole face a blank aspect. The House of Blue Tiles takes all,
one at a time perhaps, but all – it takes Gypsies and Jews,
lapsed Catholics, a ll. It takes the unforgiving, it takes the noble,
the frail – it takes the itinerant painter, the terrible waitress
with bad feet, the small boy who stole candy, the wild-eyed insomniac
who only sleeps on New ear’s Eve. It takes us all,
daubs each of us with its cool light, with its frank favor.

The world is its country. For some it is a foreign landscape,
and whether or not we faun over our betters or gnaw at scavenged bones
The House of Blue Tiles is there: fragrant, guileless, and pure.

With fidelity to its true purpose The House offers cupids,
images of dieties, girdled in this particular incarnation
with a golden fire, a blue weather.

You come and it offers the brass ring that feels good in your hand,
here the key fits, The House of Blue Tiles is not a domain of the prophets,
but a ruin and oases all at once. It may seem to set tasks or amusements
but that is all illusion.

Be convinced it is crudely patched and crumbling,
of fragmentary materials, coated with bright tints,
and here it is only a version of itself, existing elsewhere,
and here, a momentary stay against chaos.

Grooves by the door are filled with coins
offered by the faithful;
the roof’s pitch, the windows, reveal more or less
a vertical cosmology. In its surface you may see yourself.

What a thrill to glimpse it all by moonlight…
– to know it exists, The House of Blue Tiles…
– to imagine what rain would fall upon it and how the rain would taste.

Here Silence sits, Light reflects, Patience is part of the air –
and though it is a prayerful place
The House of Blue Tiles asks nothing.
It is an empty place, overbrimming with itself.