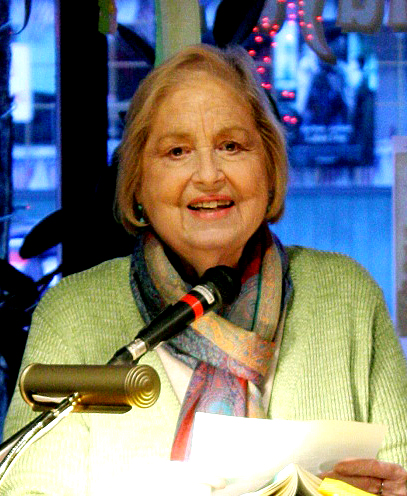 Patricia Fargnoli, the New Hampshire Poet Laureate from 2006-2009, is the author of six collections of poetry. Her newest book is Winter, Hobblebush Books, 2013. Her other three full-length books Then, Something, Duties of the Spirit and Necessary Light each were award winning (The Sheila Mooton Award, The ForeWord Magazine Silver Award for Poetry, The May Swenson Award and The NH Literary Award for Outstanding Poetry. In addition she has published three chapbooks: Small Songs of Pain; Lives of Others, and Greatest Hits.

A retired clinical social-worker, “Pat” has been a Macdowell Fellow and is a past Associate Editor of The Worcester Review. She has been on the faculty of The Frost Place Poetry Festival and its teaching conference, and has taught at the New Hampshire Institute of Art, for Road Scholars, and in the Lifelong Learning Program (CALL) of Keene State College. She currently teaches privately.

Awards for her poems include: an honorary B.F.A. from The New Hampshire Institute of Art; The Robert Frost Foundation Award and five Pushcart nominations. She was twice a finalist for The Nation, Discovery Award.

A native of Connecticut and a graduate of Trinity College, Hartford College for Women and the University of Connecticut School of Social Work, she has published more than 300 poems in such journals as: Poetry, Ploughshares, The Harvard Review, The Massachusetts Review, Barrow Street, Alaska Quarterly et. al.

A member of The New Hampshire Writer’s Project and the New England Poetry Club, she’s lived for over twenty years in New Hampshire.  Pat died in February of 2021.  A memorial service was held in Enosburgh Falls, VT, on June 12 where she is buried next to her mother. 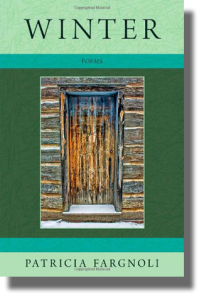 “There is a prologue to the articulate—that is the silence,” said Derek Wolcott. “When that silence arrives, it can be the beginning of art.” As a prologue to her poems, Pat Fargnoli has listened deeply to the silence of winter, and the result is a collection of poems that capture the flame of the fox, the hunger of horses, and the solitude of snow—“ the flakes settling on your parka / like the dust from just-born stars.” What is articulated through these poems stems not from reticence, but from quiet observation and wisdom. Such great attention teaches us “the natural world comes to join you / if you go out to meet it,” and so we come to

understand that “truth is found in silence.” 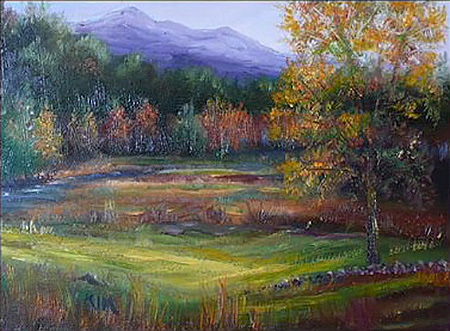 There are so many messages I can’t interpret.
The hundred maples at the edge of my street shout orange, orange, orange,
in silent voices. And may say more if I could decipher.

How I want to understand the many calls of the birds migrating through
on their long journey. And what is the message of the shaggy
wave-curled sea quarreling around the black rocks out at the far point?

Perhaps words themselves wander off into other fields, like sheep lost
in the depths of the hills beyond the local hills so that the shepherd has to go climbing
up and down, his legs aching, his breath heavy in his chest until he spies them

off there under that far evergreen, and wrestles them down and brings them home. 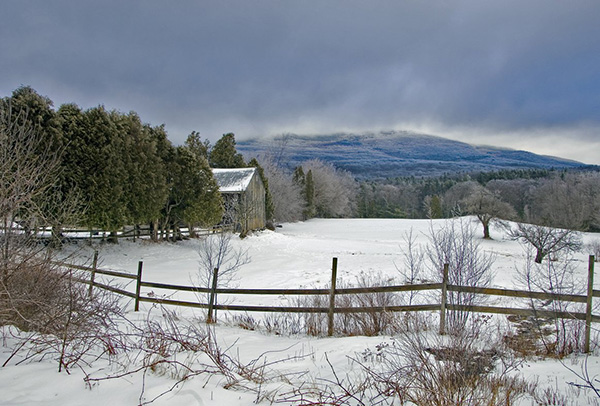 This photograph captures the low, ice laden clouds hovering over Mount Monadnock. The picture was taken from route 124 west of Jaffrey Center, NH at 2:41pm on the afternoon of February 1, 2006. The camera settings were 1/30 second at F/11 with ISO set to 200. The lens used was a Nikon 18-200mm set to the 35mm equivalent of 27mm. The camera was a NIKON D2X digital camera.

When I walked in the forest it was April.
Deer pellets were mounded here and there
on  fallen leaves and under low cedar branches.

Twice I saw scat–I couldn’t tell what it signified.
When I stopped to listen, the wild was silent
except for the rumble of the logging truck far away.

The duff was spongy beneath my sneakers.
I walked carefully, and as far in as I dared
trying to keep sight of the road and the field.

But the forest drew me into its vast density.
I lost the road, the field, and all sense of direction.
Once I bent to touch two waxy fingers

reaching up from the forest floor,
and once to run both palms over a stump
wholly green and soft with moss.

Near a marshy place, a wagon wheel leaned
against a hillock. It had been there so long
it was the antique green/brown of a Roman relic.

It began to rain.
Once I heard hooves snapping fallen branches.
They were always behind me.

I turned in a full circle; and turned again,
I saw nothing
but I swear I heard some spirit go away
brushing its sharp antlers against the trees. 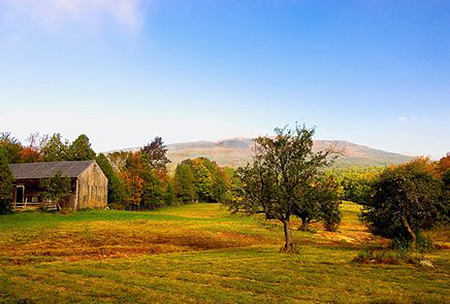 An Interview with Patricia Fargnoli